Photo from the Mazeppa Walking Bridge in the early 1900's 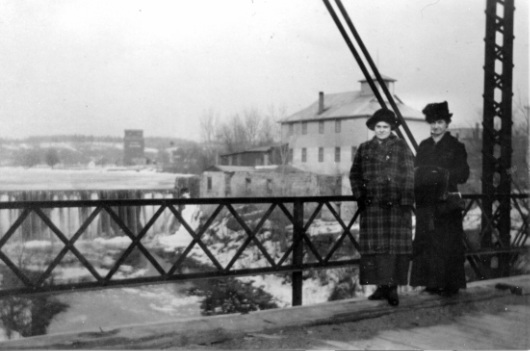 Photo taken from the Walking Bridge
The walking bridge it self was built in 1904 as a bridge for horse and buggy traffic.
The picture shows the 2nd mill as the first one burned to the ground.  the first mill was 4 stories tall and much larger than the second mill.  The second mill was built on the first's foundation, as you can tell from the photo.

The Dam that is shown is the wooden dam that was once here in Mazeppa.  Also shown is the Lake or "pond" as it was called.

The old elevator in the background was located where The Riverview Apartments now are on the north end of town. It was owned by Carl Englehart and Managed by Louie Meyer in the 1930's. 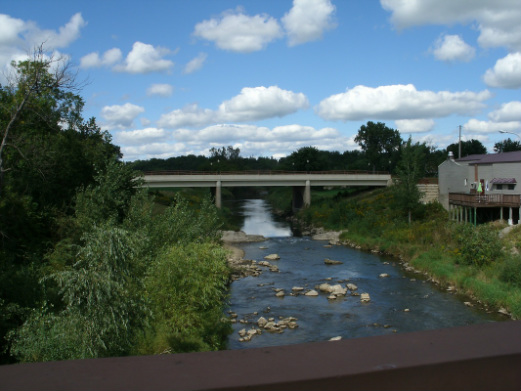 View from the Walking Bridge as it was the summer of 2011.  The Dam/Bridge built in 1922 is now gone and the Lake is all but a memory.  Shown is the Maple Street Bridge and Leo's sports bar which is where the Mills once stood.  You can see the remains of the old dam/bridge in the center of the photo.