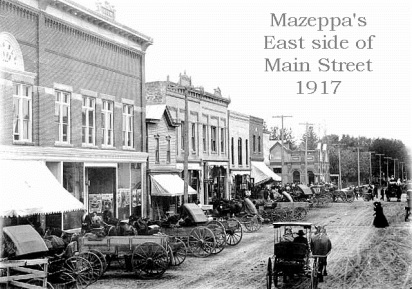 At the left of this photo you can see the two Maas buildings . (The Maas block and the Opera house.)  Only about 5 of these buildings shown in this photo, remain today.  One of these is the old Peoples State Bank which is now the home of the Mazeppa Area Historical Society. 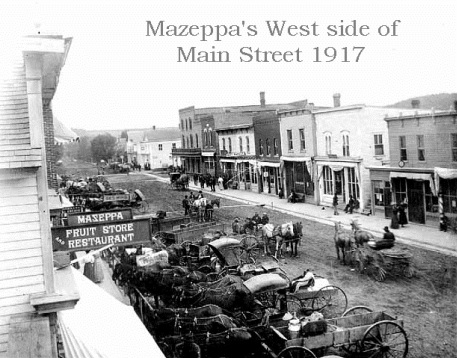 In this photo you can see the Hotel of Mazeppa (The tall 3-story building) which is now WD's Bar and grill.   Next to it is Mazeppa's first bank - The Mazeppa Bank. 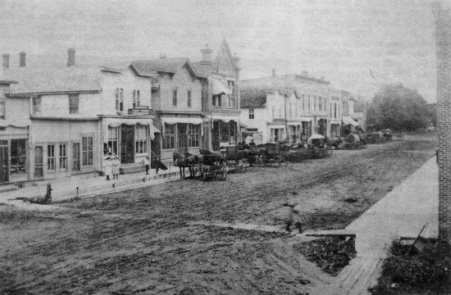 In the center of this photo, you can see the 1st Maas Building - The Maas Block which was constructed in 1898.  This photo was taken in the early 1900's before the 2nd Maas building - The Opera House, was built. 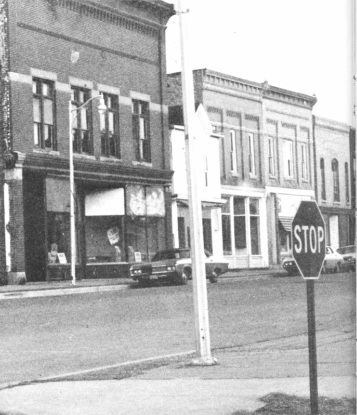 This photo is from the 1970 Mazeppa High School Zepparama. It shows on the far left that the 1st Maas building (The Maas block) has already been torn down.  The second Maas building (The Opera house) is shown still standing.  It was demolished in the 1990's.