​
Looking at the History Building

With the current work in progress on the exterior cosmetics of the History Building, it has generated questions from visitors and passersby as to when the building was remodeled to its present look and, generally, what was at the location prior to the bank? So here is a little history on your building.

The building served as the S.E. cornerstone of “Mazeppa Square” since the 1860s. Although in its original form was just as old if not older that it’s neighbors on the opposite corners and may not have been as colorful or as well known, its owners and businesses contributed greatly to the prosperity of Mazeppa.

Prosper Robinson came to Minnesota in 1857 and, along with his brother in law, engaged in the hardware business in Wabasha for 2 years after which he relocated to Mazeppa and entered into the general mercantile business. Starting out in a very small structure he enlarged his business with 20’ x 40’ two story structure over a stone basement. Building his home next door Prosper became one of the most prominent businessmen in town. Prosper took an active part in encouraging any enterprise that was good for the community. He built a warehouse for grain storage and was instrumental in the flour mill’s production as a grain buyer. Prosper also served as postmaster for 3 terms from his building. Prosper Robinson retired with over 30 years of active business life in 1889 at which time he sold out his business to Z.B. Page from Mantorville. Prosper moved to Mantorville and later to Galesburg Ill. Mrs. Robinson passed away in 1901 and Prosper in 1904 not knowing what was in store for his business and building in a couple years to come.

Z.B. Page continued to operate the business successfully on into the turn of the century. The upper level of the building housed various doctors, dentists, and druggist, either on a permanent basis or a place to conduct business on their weekly or monthly visit to Mazeppa.

But all changed for the Z.B. Page and Company on February 18, 1906. As Grant Flannigan and Charles Caswell were returning to Mazeppa at 3:30 on a Sunday morning from a party in Bear Valley they spotted smoke coming from the upper story of Page’s store. The upstairs at that time was being utilized by the ladies church guild that had served a supper that evening prior. At that time the bell on the Congregational church was used as the warning for fire. But by the time the alarm would raise the sleepy town and the hose cart put into use, the fire had taken over the entire building. The blaze was intense enough to break glass at Nichol’s Store across the street, but being a calm morning, only minor damage was incurred from cinders landing on the Mazeppa Livery Barn, the neighbor to the East. Page could not stand the loss and chose not to rebuild. The blacken stone of the original basement walls still bear witness to the 1906 fire to this day. He sold the property to Pete Lavan and soon it again changed hands to Matt Poncelet. Each with plans that were not fulfilled the vacant property fell into the hands of the Hodge family.

A.J. Hodge built the Peoples State Bank of Mazeppa in 1908 over the existing foundation of the Page’s store. Hodge utilized the recently laid water lines to the businesses and added a watering trough on the North side of the building. In 1912 the building was made larger to accommodate the Mazeppa Journal newspaper and, for a short time, Harry Martin’s Restaurant. Clyde Thomas entered the bank in 1945 and took over the president position shortly thereafter. Late in 1964 the bank utilized the entire building as the Mazeppa Journal moved their office to the Municipal Building. The building took on a much more modern look as extensive remodeling was made to the interior along with a completely new look to the exterior. In 1969 Carol Brekken took over as bank president after purchasing the bank stock of Clyde Thomas. Peoples State Bank relocated to a new building in 1979 and Joe Meyer opened Joe’s Arcade in the old building. When Joe’s health failed in 2001 the building took on other owners with the most recent business Brian Haugen’s “Work-out Center”. The Historical Society purchased the building in 2013.

With the help of some generous donations the Mazeppa Area Historical Society has been able to put some new life as well as expose and display some old life into the exterior as well as the interior of the building in their attempt to preserve the Mazeppa area history. Plan a visit and see for yourself the displays and share your stories and remembrances.

Mazeppa is on the map! The museum had visitors this summer from Florida, Maine, Rhode Island, New York, North Carolina, Iowa, Montana, South Dakota, California, Wisconsin and many areas from Minnesota!

​All left with great appreciation & “High” compliments of our museum! Thanks for your continued Support! 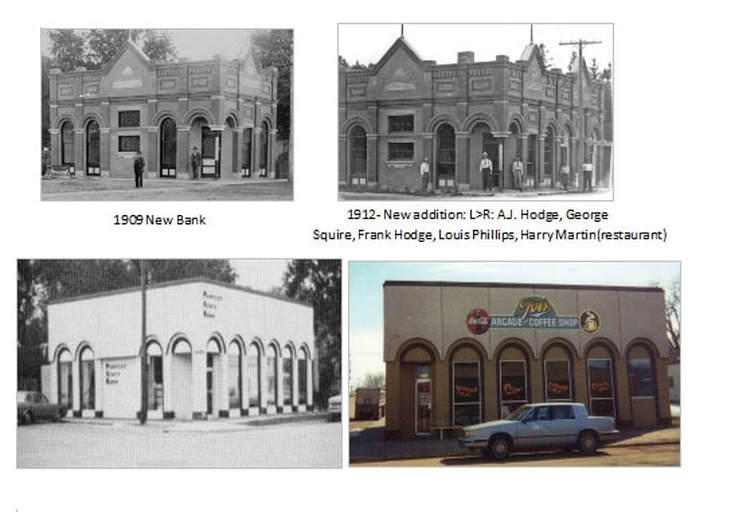 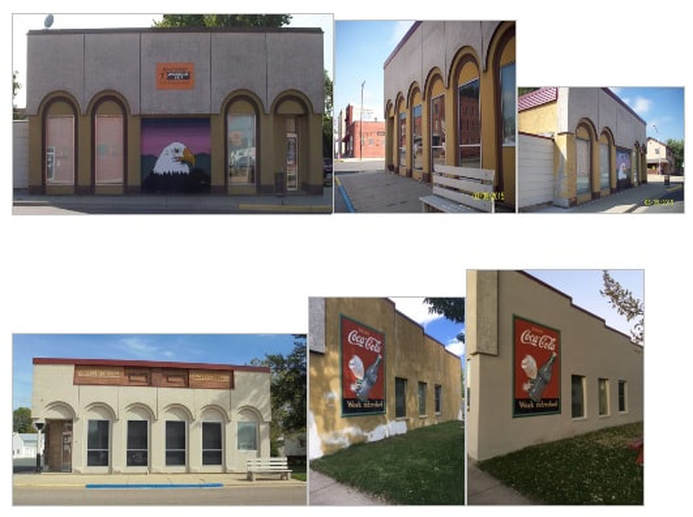 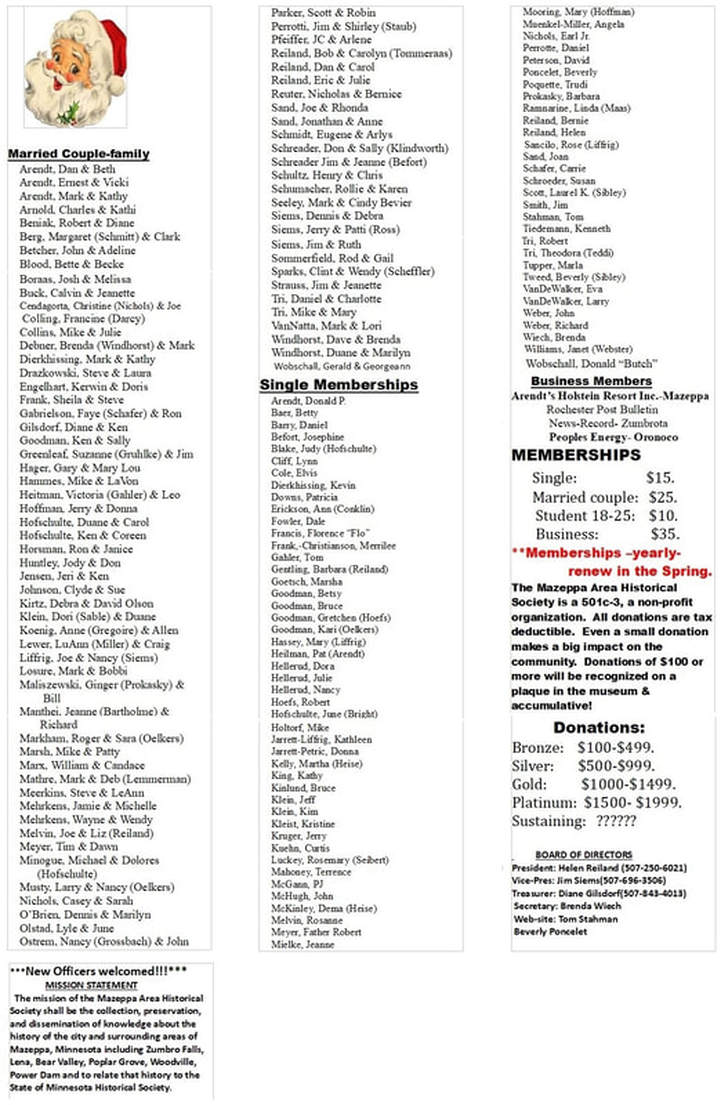